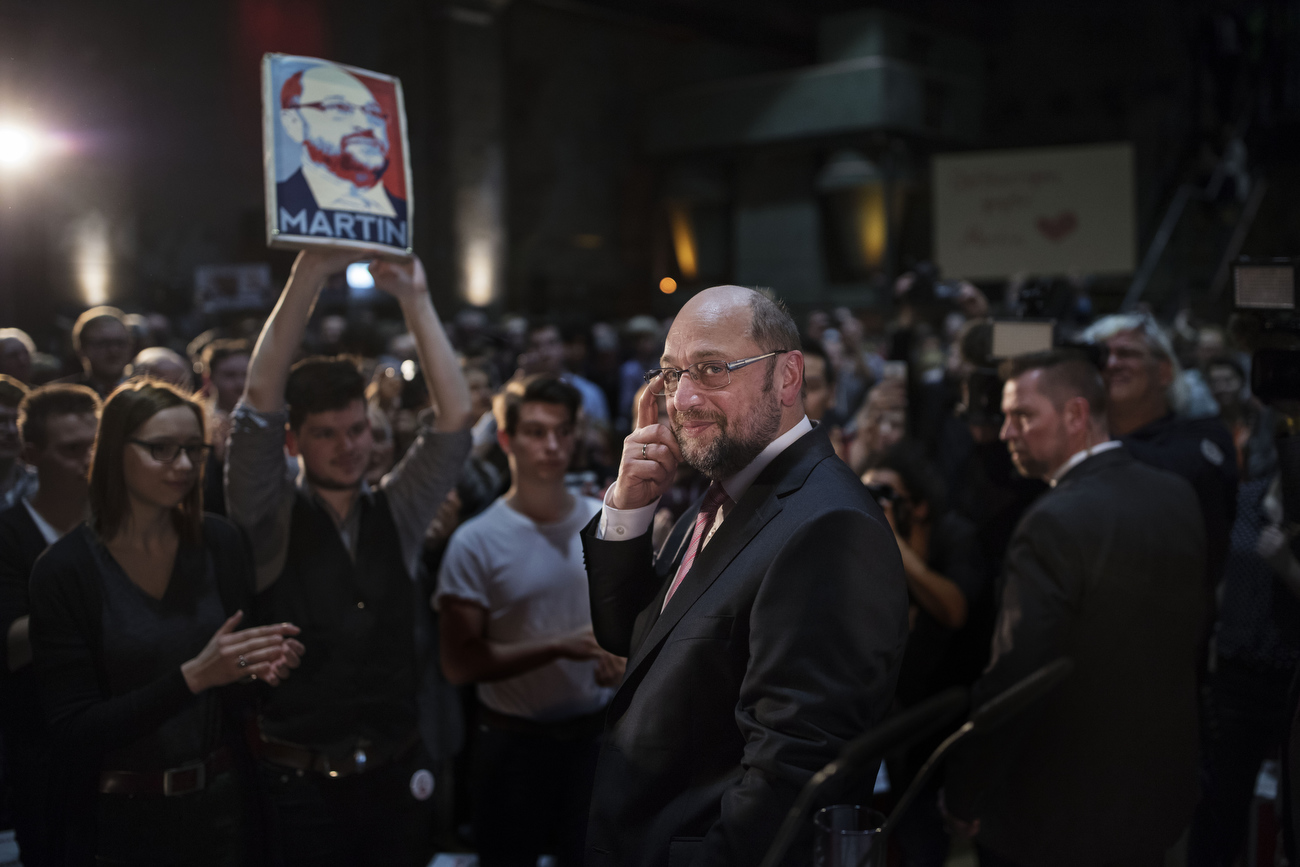 February 26, 2017 - Leipzig, Germany: Martin Schulz, chancellor candidate of the German Social Democrats (SPD), enjoys the audiences applause after an emotional speech at a campaign event. Schulz announced his candidacy in January and has since seen strong support in recent polls gaining over 10% in recent weeks that resulted in a lead over current chancellor and Christian Democrat Angela Merkel. Federal elections in Germany are scheduled for September 24. 2017. Schulz did today his first large-scale campaign event in eastern Germany, where the populist and right-wing Alternative fuer Deutschland (AfD) has garnered a strong base of support. Schulz was President of the European Parliament from 2012 to 2017 in 2003 then Prime Minister of Italy, Silvio Berlusconi said: ' Iwill recommend you'...for a role in a film... 'for the part of a Kapo [concentration-camp inmate appointed as supervisor]. You are perfect! |