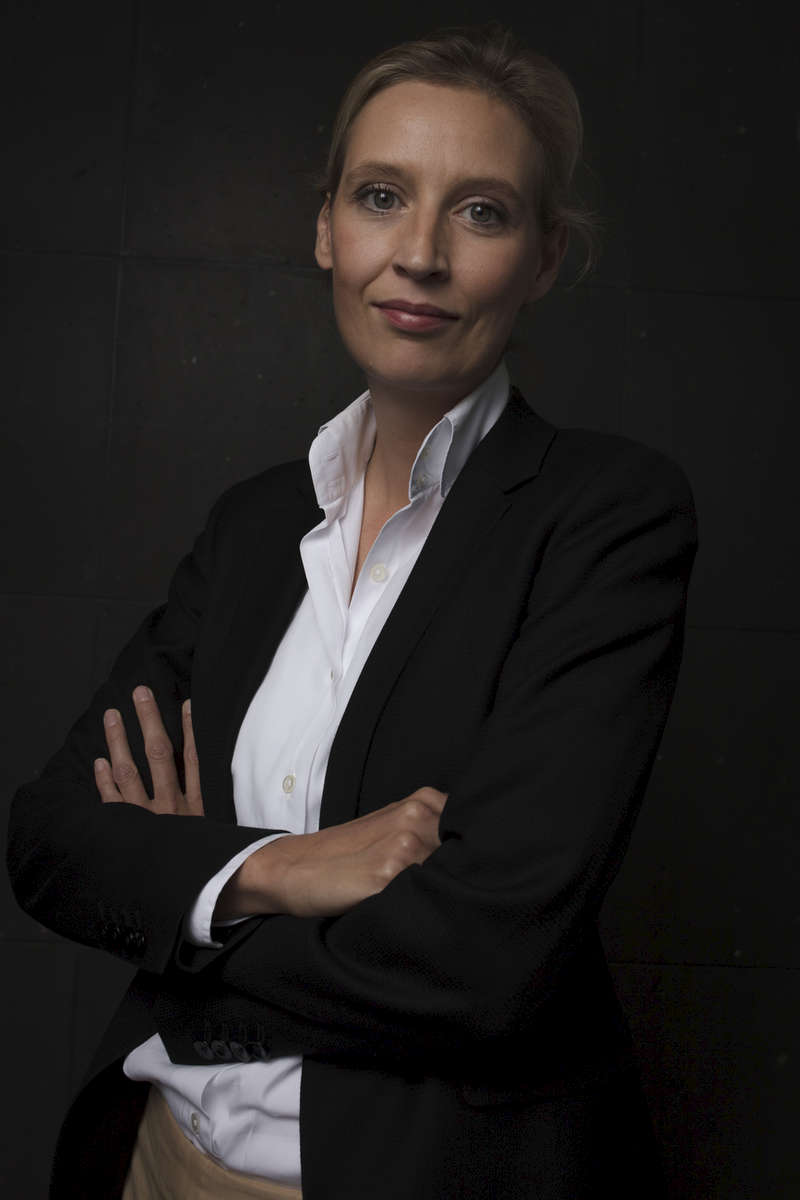 August 28, 2017 - Berlin, Germany: Alice Weidel, co-lead candidate of the right-wing, populist Alternative for Germany (AfD) political party, poses for a portrait prior to speaking to Journalists. Weidel and fellow co-candidate Alexander Gauland are running for the AfD in German federal elections scheduled for September 24. The AfD currently has approximately 10% support in election polls and will most likely have enough votes to win seats in the Bundestag. Weidel is about to succeed AfD leader Frauke Petry who faces inner party criticism and a prosecution trial regarding accusations that the nationalist politician is suspected of lying under oath about campaign finance in 2014. (Hermann Bredehorst / Polaris)