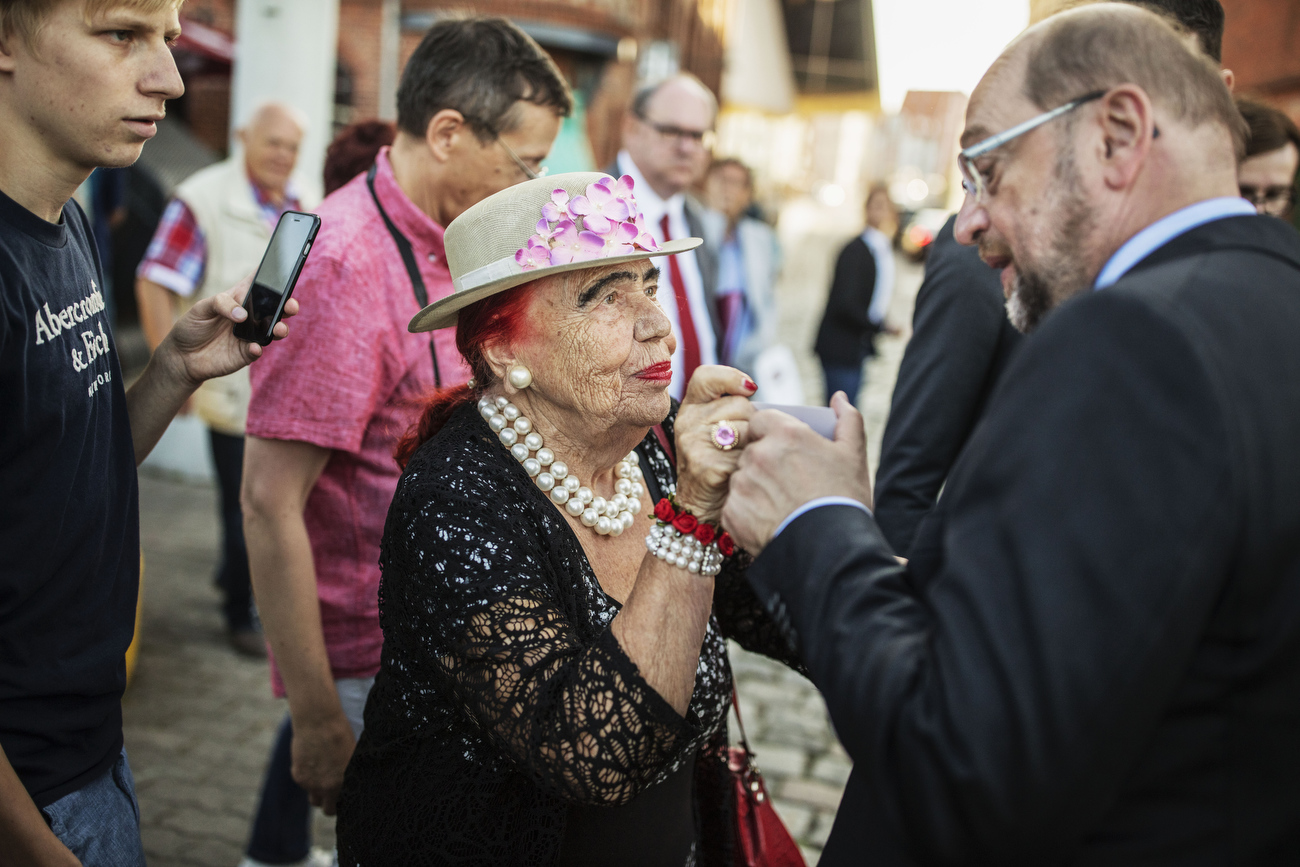 August 16, 2017 - Stralsund, East Germany: An exhausted Martin Schulz takes the time to speak to a female supporter as walks to his limousine.