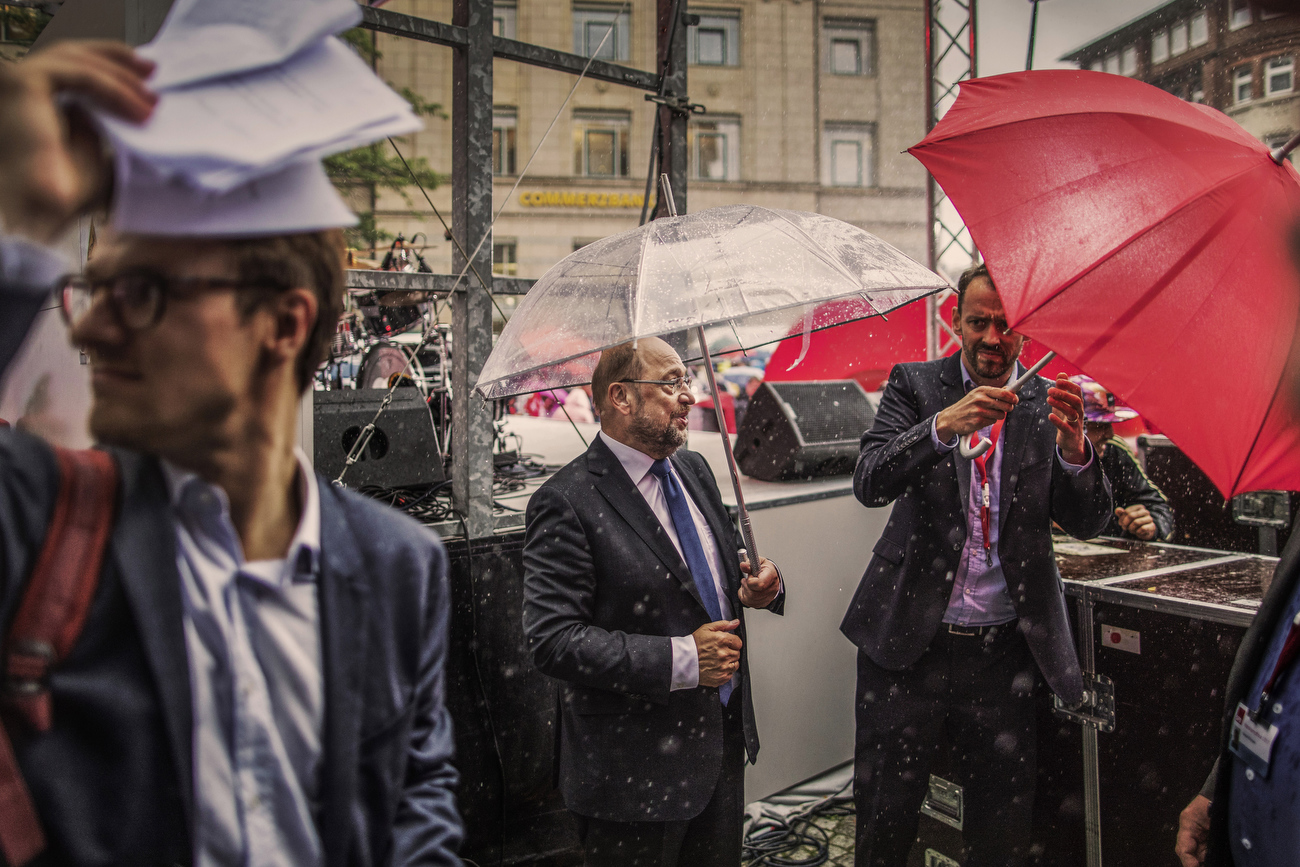 August 31, 2017 - Kiel: Martin Schulz (C), Social Democrat Party (SPD) leader and SPD party candidate for German Chancellor, holds an umbrella during a heavy rain shower as he stands beside the stage after finishing his speech to supporters during an election campaign rally under the motto; „Martin Schulz live“ . Left: Adviser and speechwriter of Martin Schulz, Jonas Hirschnitz covers himself with papers from the rainfall as another adviser protects himself and Schulz on the right. (Hermann Bredehorst / Der Spiegel / Polaris)