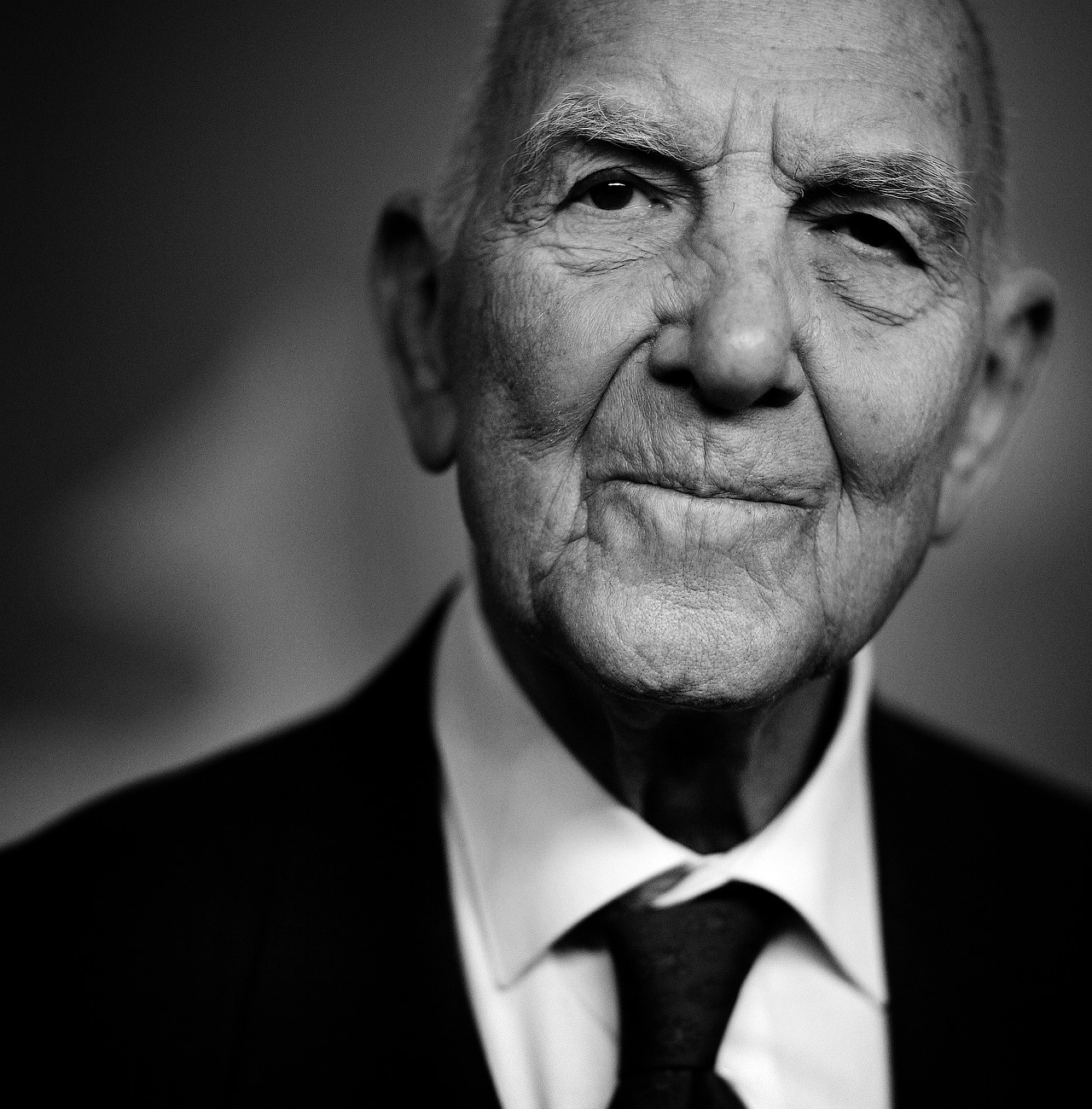 
Stéphane Frédéric Hessel, French author, diplomat, ambassador, concentration camp survivor, French Resistance fighter and BCRA agent. Born German, he became a French citizen in 1939. He participated in the editing of the Universal Declaration of Human Rights of 1948. In 2011, he was named by Foreign Policy magazine to its list of top global thinkers. He is the author of the essay: Time for Outrage! (Indignez-vous!)